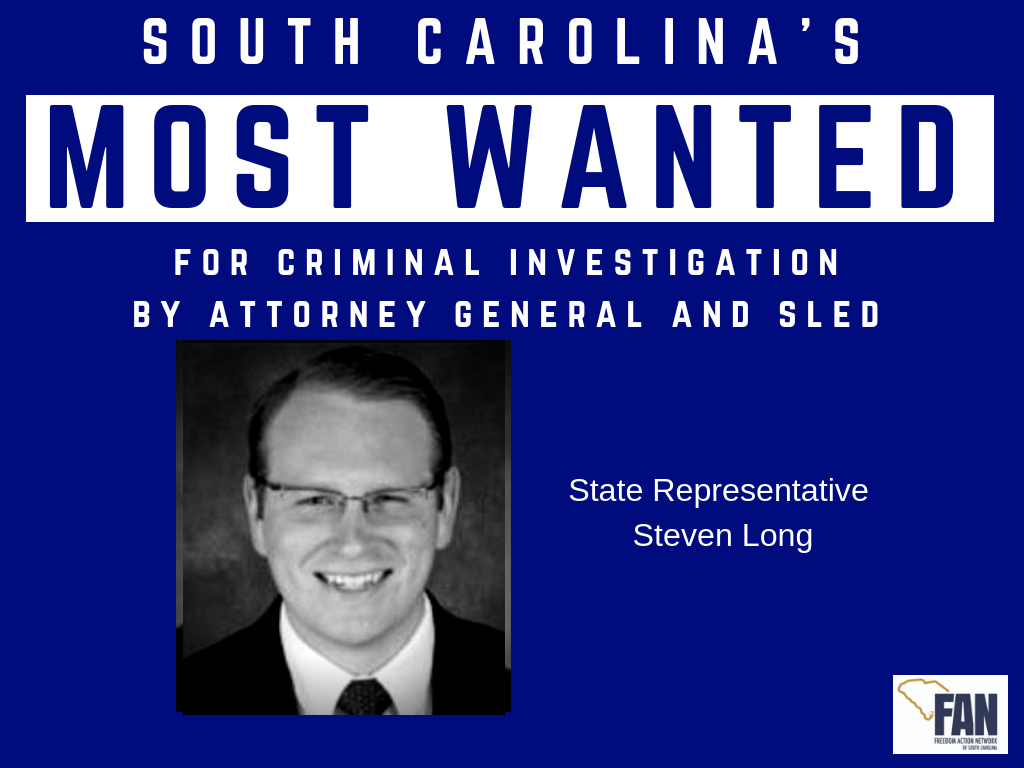 State Rep. Steven Long helped funnel $181,449 of our gas tax money to pave and widen a road that led to his boss' housing development on Lake Lyman Heights Road.

While Long claims the self-policing House Ethics Committee (made up of his peers and colleagues) has cleared him of "any wrong doing," SLED received documents and is "reviewing" the information.