Republican politicians – who represent us in Congress and in the Statehouse – are voting to take away our 2nd Amendment rights.

They won’t use that term to describe their bills or votes.

It’s too obvious and could get them in too much trouble with you.

But they definitely are infringing on our God-given right to self-defense in sneaky, under-handed ways.

Let me show you what I mean with our politicians in Washington.

Buried deep in the 1,300+ page bill is an unAmerican “red flag” gun confiscation provision that would allow the government to seize personal firearms from military personnel BEFORE ever being accused or found guilty of a crime.

The bill allows military courts to issue an emergency confiscation order without the soldier even knowing about it.

Think about that for a minute.

American heroes who risk their lives to defend our Constitutional freedoms every day could be stripped of their 2nd Amendment right to keep and bear arms...

…their 4th & 5th Amendment right to due process.

We already know that US Senator Lindsey Graham is lobbying for gun seizure laws.

But do Mace and Wilson like unAmerican “red flag” gun confiscation laws too?

Or were they just too lazy to read the bill?

Neither answer is acceptable when it comes to our Constitutional rights.

The same anti-gun mentality runs through Republican politicians in the Statehouse.

Just look at the new “Open Carry with Permission Slip” law passed by the state legislature this Spring.

Thanks to Republican state legislators, your gun rights will be infringed at all public events in Greenville, Charleston, Spartanburg and Lancaster.

Even the cities of Anderson and Clemson are passing ordinances to restrict your rights on public property.

(So much for those “2nd Amendment Sanctuary” resolutions in Anderson and Pickens County, right?)

This is all thanks to Republican state legislators who voted for the final version of the “Open Carry with Permission Slip” law.

Republicans state legislators stripped the teeth from the “2nd Amendment Sanctuary” section of the law (Section 9).

There are no penalties for government employees that attempt to restrict your gun rights.  This section is all bark and no bite.

Republican state legislators included a Democrat amendment into the final version of the law that authorizes every court in the state to share more of our personal information with SLED and the FBI (Section 10).

That amendment was passed WITHOUT A RECORDED VOTE on the floor of the state Senate.

And Republican state legislators also inserted a section in the new “Open Carry with Permission Slip” law that made it easier for politicians and judges to carry anywhere they want…without restriction (Section 11).

How does the old saying go?  Rules for thee, but not for me.

But it gets a lot worse…

Republican state legislators in Columbia have introduced a bill – H.3418 – to completely redefine the term “felony” so they can take away more South Carolinians’ God-given right to self-defense.

Researchers at the South Carolina Policy Council analyzed H.3418 earlier this year, and here’s what they had to say about it:

“Another bill (H.3418) would prohibit someone from owning a firearm if he/she is convicted of a crime that carries a prison sentence of more than one year.

To demonstrate how extreme this proposal is, here are just a few examples of violations that would permanently strip citizens of their 2nd Amendment rights:

Don’t get me wrong, many of these crimes deserve punishment.

But to lump in a teenager who made a stupid mistake – like trespassing on state park property – with a violent criminal is ridiculous.

And if this bill passes, you wouldn’t have to be sentenced to more than one year to lose your gun rights.

Heck, you might not even have to serve a day in prison.

But if you’re found guilty of a crime that carries a sentence of one year, you lose your God-given right to self-defense.

Republican state legislators want to manipulate sentencing to take away more of our rights.

Here’s another scary part of H.3418: contempt of the General Assembly would be considered a felony.

If you’re testifying on a bill in the Statehouse and a state legislator believes you gave “materially incomplete” testimony under oath, your guns could be taken from you forever.

Think about that for a second.

Not only would this bill undoubtedly take away more of our rights, but it would send a chilling effect to anyone who dares to challenge state legislators.

These politicians “willingly” lie all day, every day in the Statehouse.

But if we disagree with them at a hearing, they can charge us with “contempt”, send us to a hearing in front of a judge THEY appointed, and sentence us to – at minimum – a lifetime without our right to self-defense.

H.4210 would make it a FELONY – with up to a 5-year prison sentence – for you to give someone the cell phone number or email address of a politician.

You could go to prison.

And you could lose your 2nd Amendment rights permanently.

All for simply trying to contact someone who represents you.

How many times have you been frustrated that your politicians don’t return your email or your call to their office?

I know I have.

Most times the only way to get an answer from your representatives is to text them on their cell phone or send them a message to their email.

But now they want to make sharing their phone number a felony.

It’s also a sneaky way to strip law-abiding citizens of their right to bear arms.

I know what you’re thinking…these bills sound like something a far-left, gun-grabber would introduce and has no chance of passing the South Carolina legislature. 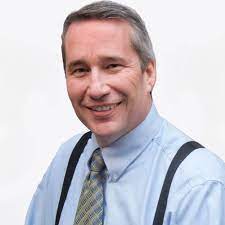 H.3418 recently got a big push from lobbyists and Mark Keel, the chief of the State Law Enforcement Division (SLED).

They say it’s about “safety”.

After reading the bill, I say it’s a gun-grab.

And here’s the real rub that should make us all angry: state legislators have made corruption a minor crime.

That’s embezzlement and should be a FELONY.

But in our state, it’s called misusing “campaign funds for personal expenses” – and Harrell was only charged with a misdemeanor.

State politicians can get caught laundering and embezzling our money, but get away with a slap on the wrist (like Criminal Bobby Harrell).

But, if we get caught passing out a politician’s cell phone number…

…Republican politicians like Tommy “Red Flag” Pope want to make that a FELONY where we could lose your gun rights.

Rules for thee, but not for me.

We should NEVER have to ask permission for a God-given right.

We shouldn’t have to worry about local infringements.

We shouldn’t have to worry about our Republican politicians restricting our 2nd Amendment rights.

No unrecorded “voice-votes” (like you did on this new law).

As always, I gave you a pre-written email that will go directly to your state legislators.

No threats or foul language.  It just needs to be clear that you want them to kill ALL gun control bills and restore your God-given right to self-defense.

And don’t be afraid to respond back to them if they reply with a list of lame excuses.

2. WHAT’S YOUR STATE LEGISLATOR’S RECORD ON THE 2ND AMENDMENT?

Do you know your state legislator’s voting record in the Statehouse?

Do you know who funds their campaign?

How does your legislator make a living?

We’ve compiled all of this information about YOUR state legislators onto one website.  It’s personalized just for YOU.

All you have to do is click here and enter your email address.

We plan on updating these profiles every day, so be sure to check back for new information.

And if you know something about YOUR state legislators that we didn’t include, send me an email.

Many politicians in the Statehouse – Democrat AND Republican – want to take your guns.

Help us fight back!

Every dollar helps…thank you in advance!

If you need any assistance contacting your state politicians, don’t hesitate to call me.