You Know What They Say About Opinions ...

Last month, I told you about how the city council and the crazy, far-left mayor of Columbia broke state law and passed a “red flag” gun confiscation law.

I said that it was up to state Attorney General Alan Wilson to sue the city in order to kill this unAmerican law.

As AG, it’s Alan’s job to protect our Constitutional rights and uphold the rule of law.

If he doesn’t take legal action against Columbia, other local governments could follow suit.

The liberal mayor and city council in Greenville has attempted to pass unconstitutional gun control before.

The threat of gun confiscation in South Carolina is real.

Well, Alan heard from hundreds of you who emailed and called him about this dangerous situation...

...by writing a legally NON-binding Attorney General’s “opinion” which he released to the media.

You know what they say about opinions, right?

More on Alan’s weak-kneed response in a minute.

Just to recap, here’s what you need to know about unAmerican “red flag” gun confiscation laws:

Despite what politicians like Lindsey Graham say, unAmerican “red flag” gun confiscation laws not only violate our 2nd Amendment right to defend ourselves...

...they also threaten our 4th and 5th Amendment rights to due process.

The God-given rights that our Founders consecrated in the Constitution to protect us will be trampled on if these unAmerican “red flag” gun confiscation laws get passed.

As I mentioned earlier, the threat of unAmerican “red flag” gun confiscation laws being passed here in SC is very real.

And right now, it’s up to Alan Wilson to stop that threat.

It’s his job to protect our Constitutional rights.

He campaigned for re-election as a “law and order” Republican.

He works for us!

He needs to prosecute criminals on the streets AND criminals in the government.

It’s not like he doesn’t know this is his duty.

However, instead of going into court, suing the City of Columbia, protecting our gun rights and shutting this law down...

...he thought it was easier to send a press release and write an “opinion”.

Our gun rights are on the line and Alan writes a press release!

While his “opinion” was right - the City of Columbia is breaking the pre-emption state law (SC Code: 23-31-510) – it does NOTHING to protect innocent South Carolinians from having their rights violated or their guns confiscated.

And so does the crazy Mayor of Columbia Steve Benjamin...

Benjamin told Alan to stick his “opinion” where the sun don’t shine.

He told Alan the city of Columbia would continue to enforce their illegal, unAmerican “red flag” gun confiscation law.

This is part of the gun-grabbing left’s strategy.

They know it would take a massive, costly lobbying effort to pass an unAmerican “red flag” gun confiscation law in the Statehouse.

Pass them in our cities and counties.

If they can just get a few more lawless, far-left loonies like Steve Benjamin to pass it in their cities, gun-grabbing “red flag” laws will go statewide.

That’s why this law in Columbia is such a threat to ALL of us.

...your town or county could be next!

In October, FAN of SC activists in Greenville attended a town hall meeting to confront their state legislators about protecting and restoring our 2nd Amendment rights. 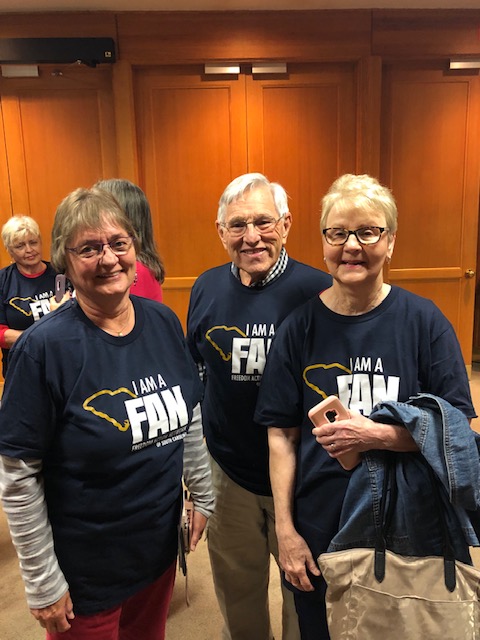 But, you know who else was at the townhall meeting? 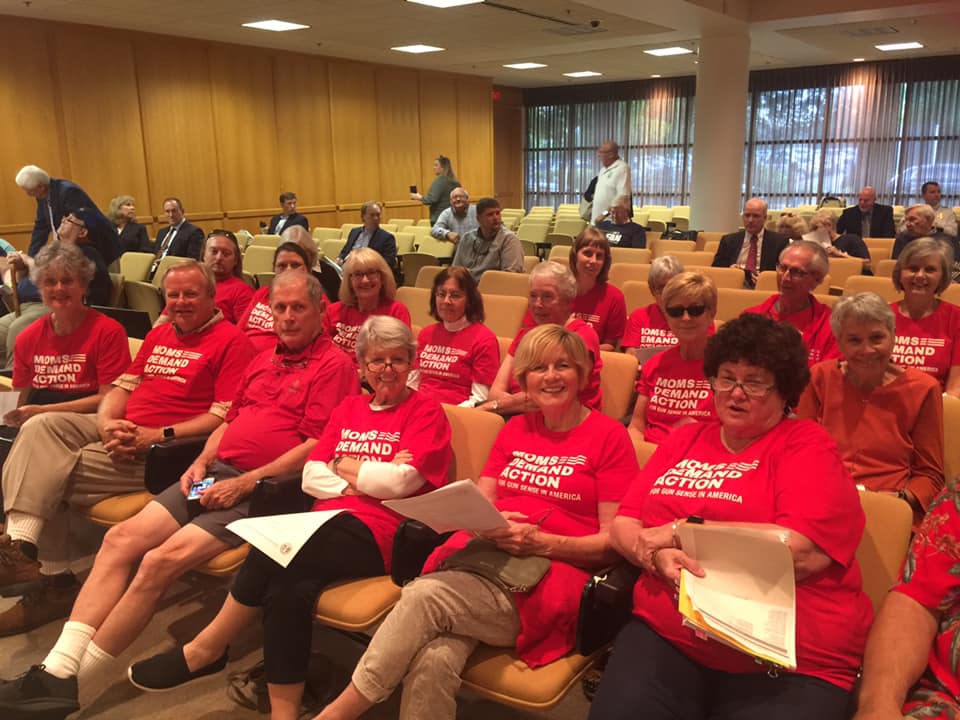 You read that correctly.

A bunch of local gun grabbers were in Greenville...the most conservative part of the state... lobbying their state politicians to restrict our gun rights.

If we don’t pressure Alan Wilson to uphold the state law, protect our Constitutional rights and sue the city of Columbia, unAmerican “red flag” gun confiscation laws could be coming to your town.

YOU could be the next target.

It’s time to double-down and force Alan to do his job.

“You better stand up for my rights!  Sue the city of Columbia for breaking state law and violating the US Constitution.”

It’s his job to protect our Constitutional rights and uphold the rule of law in our state.

Click here to demand he sue the city of Columbia and stop the assault on the 2nd Amendment!

2. Help us empower other South Carolinians to stop unAmerican “red flag” gun confiscation laws by donating to FAN of SC.

Remember you forced Alan to open an investigation into Corrupt Hugh Leatherman’s felon son-in-law, but getting Alan to do anything takes A LOT of pressure!

Unfortunately, that all costs money.

FAN of SC is a non-profit that doesn’t get any money from government or lobbyists.

We rely on folks like you to fund our work.

We can put a stop to the gun-grabbers plans, but we need your help to make sure conservatives across the state take action now.

Please call me immediately if you need help holding your state politicians accountable.

PS – FAN of SC is a small non-profit.

A monthly donation of $10, $25 or even $50 would help us organize and recruit more folks to keep the pressure on these politicians year-round to protect and restore our rights.

Thank you so much for even considering a donation!