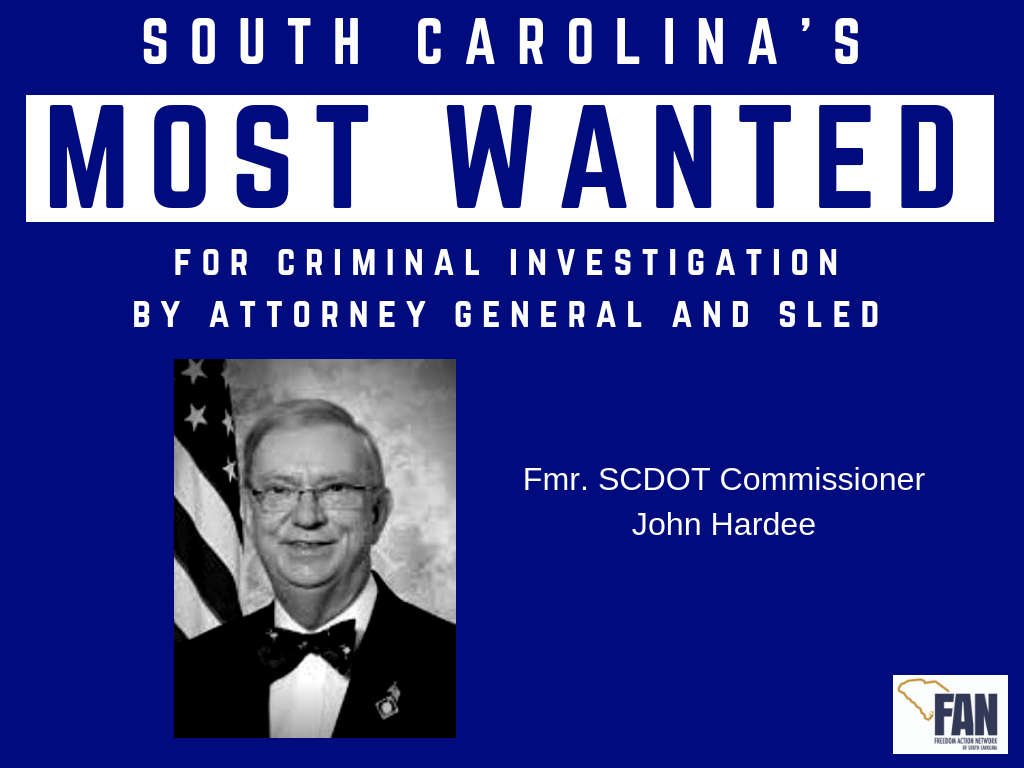 A former SCDOT Commissioner and the son-in-law of powerful state Senator Hugh Leatherman, Hardee was caught by the FBI on video accepting a cash bribe from a road contractor.

While the Feds offered him a plea deal for a lesser crime and let him off with a slap on the wrist, he still violated STATE felony laws for accepting bribes.

Also while on the SCDOT Commission, Hardee masterminded a "kick back scheme" that funneled taxpayer dollars - intended for Public Service Announcements - to politicians (including his father-in-law), lobbyists, and himself.