Over the years, politicians in the State House have created laws that infringed on your 2nd Amendment rights by making it more difficult to defend yourself in public.

Since the beginning of this year, hundreds of your neighbors in Pickens have demanded state legislators restore your gun rights by passing a bill that:

But for the last five weeks, your state Rep. Jerry Carter has ignored you.

The 2nd Amendment is clear - we have a God-given right to choose how we defend ourselves in public. 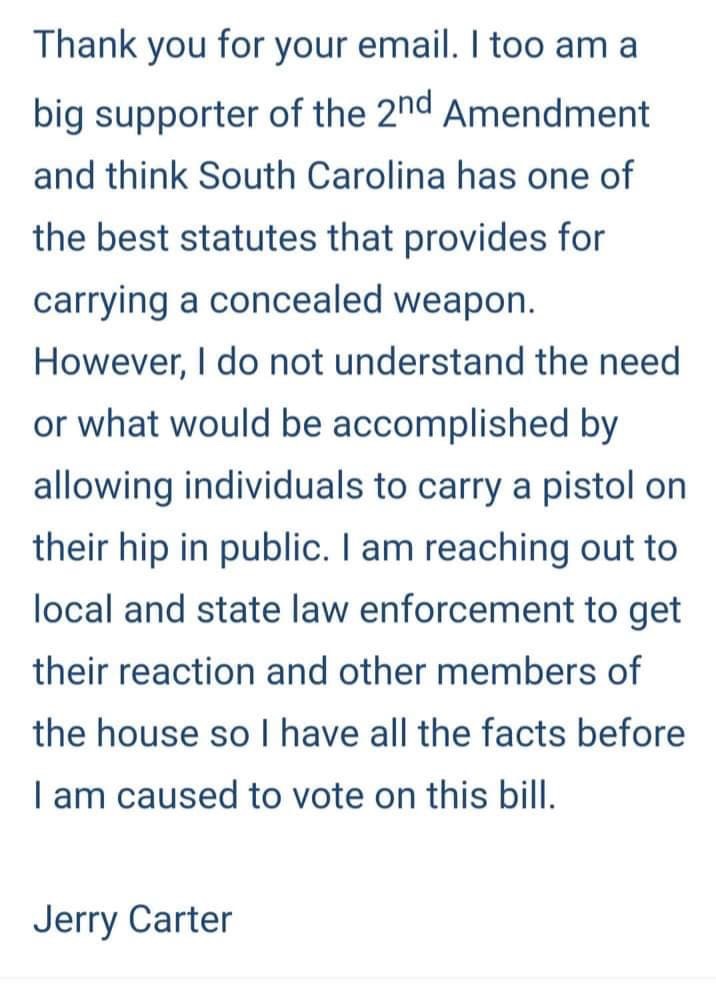 What part of "the right of the people to keep and bear Arms, shall not be infringed" doesn't Jerry understand?

Our rights can't be restricted just because some politician like Jerry Carter doesn't see the "need" for it.

Our rights come from God and are enshrined in the United States Constitution.

Jerry Carter needs to hear from you right now.

Tell him he doesn't get to decide how you defend yourself and you family in public.

Tell him to start supporting the strongest gun rights bill (H.3039) in the State House.

Tell him no excuses.