UPDATE: Republicans who refuse to restore your 2A rights

I wanted to give you a quick update on the progress of gun rights bills in the Statehouse.

If you’re like me, you believe that the right to self-defense was given to us by God and enshrined by the Founders in the United States Constitution.

And it shall NOT be infringed.

Our Founders Fathers made the 2nd Amendment short and clear for a reason: so future politicians couldn’t distort it.

Unfortunately, in South Carolina, our state politicians have infringed on our rights.

Over the years they criminalized the “open carry” of a handgun.

And they made us ask them permission to carry in public (CWP).

For the last decade – while Republicans ruled the Statehouse –

legislators in both parties teamed up to kill bills that would restore our right to self-defense.

It’s no secret that Speaker of the House “Liberal” Jay Lucas and his minions have used every trick in the book to block strong 2nd Amendment proposals.

From “procedural filibustering” good bills in the Committees he controls...

...to ignoring “permit-less” carry amendments on the floor...

...Lucas (and those who voted to make him Speaker) have been successful in keeping law-abiding South Carolinians from exercising our right to defend ourselves in public how we see fit.

It’s the Republican Speaker of the House Liberal Jay Lucas.

However, the pressure from y’all on YOUR state legislators to restore your God-given right is forcing some of them to confront their leader – “Liberal” Jay Lucas.

Your consistent pressure to pass a SWEEPING restoration of our Constitutional right (making CWP optional and legalizing “open carry”) has been felt by rank-and-file legislators.

Yesterday, a weak “watered-down” bill – “Open carry with TRAINING” – was supposed to pass out of the House Judiciary Committee without opposition.

...Speaker of the House Liberal Jay Lucas blocked his own “watered-down” bill.

In the behind-closed-doors meeting earlier that morning, Liberal Jay Lucas blew a gasket after several House members told him they planned to amend the “watered-down” bill to make it stronger.

Lucas said if his “watered-down” bill gets amendended to restore our rights, he will block ALL 2A bills.

You read that correctly:

The “Republican” Speaker of the House is threatening to kill any and all gun rights bills simply because many of you have forced your employees (legislators) to defend you at the Statehouse.

It’s all about control for politicians like Liberal Jay Lucas.

He and his minions like “Gas Tax” Gary Simrill and “Red Flag” Tommy Pope arrogantly believe they get to determine what God-given rights you can have – and when.

They want to dictate how you can defend yourself and your family in public.

If you think about it, in a way, they want to replace God.

And that goes for any politician who says you have to wait to for your God-given right to be restored.

Several Statehouse politicians have told us we need to just sit and wait:

State Rep. Stewart Jones says we need to pass “open carry” first, and then we can have “permit-less carry” later.

“Open carry” has been legal there for 6 years.

But they still have to ask permission to carry concealed.

Here’s what state Rep. Anne Thayer had to say to one of her bosses:

She just flat-out lied to this person. 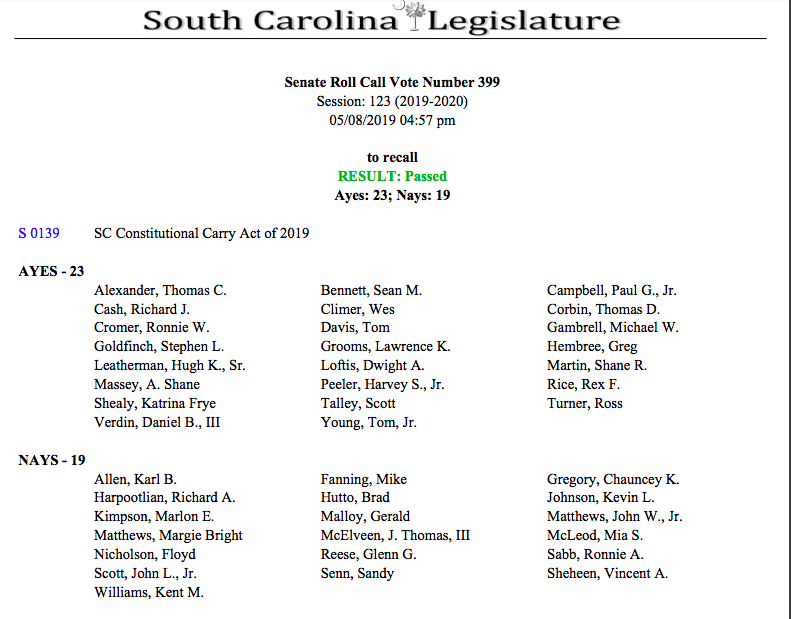 And yesterday, state Rep. Sylleste Davis explained to one of her bosses that we just need to wait until “next meeting” to get our rights back.

Apparently Sylleste Davis thinks Jay Lucas gets to decide when your God-given rights are restored. 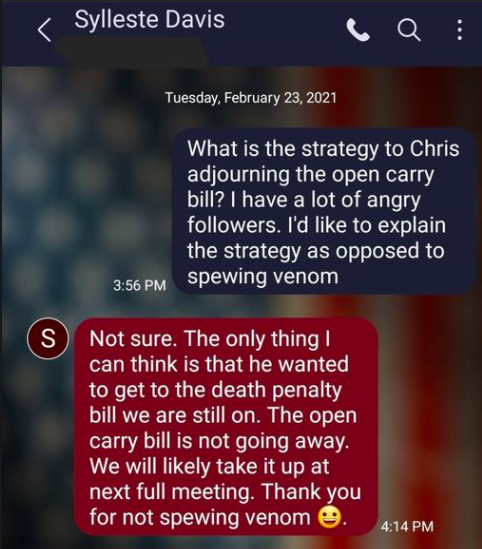 How many folks will be defenseless in public while waiting until the “next meeting” to restore our rights?

Bottom line: we should never have to ask permission for a right given to us by God. 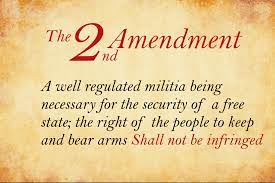 If you want to apply for a CWP, that should be your choice.

But we should NEVER be forced – especially in the heat of the moment – to choose between defending our lives against violent criminals OR breaking state law.

Unfortunately that’s the dangerous position our state legislators are putting us in by bowing down to their leaders like Liberal Jay Lucas.

As we speak, Liberal Jay Lucas is potentially meeting with your state representative to convince them to cave.

He will threaten them with all sorts of things to make sure this weak “watered-down” bill doesn’t get amended and doesn’t restore your God-given gun rights.

Here’s the question: will YOUR state legislator be with YOU...

...or Speaker of the House Liberal Jay Lucas?

It’s time to make them choose.

Demand your state legislator restore our right to self-defense by passing “permit-less carry” this week.

We shouldn’t have to ask permission from politicians for a right given to us by God.

We shouldn’t have to wait until Liberal Jay Lucas’ “next meeting” to have our rights restored.

Make it clear to your employee in the Statehouse: you don’t care how they do it, but they better pass a bill to legalize permit-less carry.

As always, I’ll provide you with a pre-written email to your House member.

Your personalized, passionate message will have more impact and it is more likely your representative will respond...especially when it comes to your God-given rights.

No threats or foul language.  It just needs to be clear that you want your rights restored NOW and you’re tired of the “incremental” or “watered-down” approach.

And don’t be afraid to respond back after they reply with their list of lame excuses.

Feel free to forward their responses to me – especially if their anti-2nd Amendment.  I can text their lame excuses out to your neighbors in your district to ratchet up the pressure even more.

We want to help empower even more South Carolinians pressure their state politicians to restore our 2nd Amendment rights.

FAN of SC will send out text messages for the next several weeks to directly connect pro-gun South Carolinians to their state legislators right on their cell phones.

However, I have some exciting news.

A generous donor has offered a “2-1” matching grant!

If you decide to help with a $100 donation, it will mean $300 for our efforts to restore our gun rights.

And it will all go directly to empowering more South Carolinians to restore our 2nd Amendment rights.

If you need any help pressuring your state politicians, don’t hesitate to contact me.