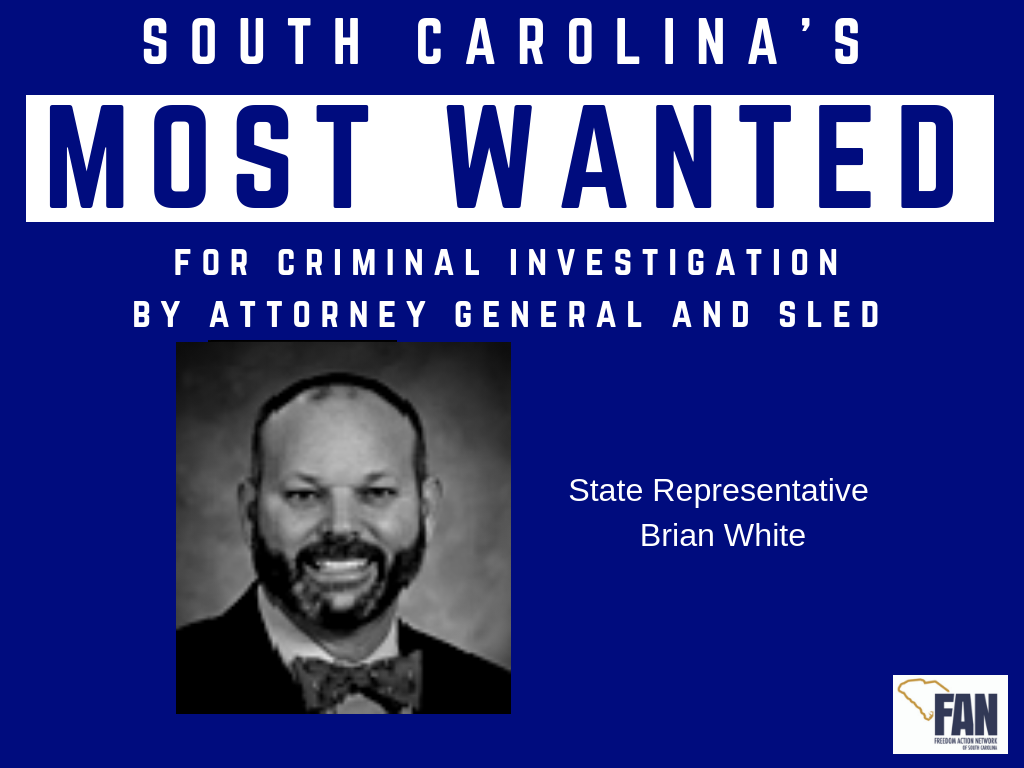 State Representative Brian White was one of the most powerful politicians in the state.  He was Chairman of House Ways & Means Committee  2011 to 2018, White was the architect of the big-spending annual state budget.

On the side, he sells insurance.

White receives commissions from government-funded lobbying organizations and state agencies that buy insurance through his company.

Since he became Chairman of the House Ways & Means Committee, those same government and lobbying entities have seen the amount of taxpayer dollars they receive explode!

Thankfully, Speaker of the House Jay Lucas removed White from his powerful position.

But AG Wilson and SLED need to open a criminal investigation to answer the following questions: